Is Now the Time 'To Do What We're Told'? – Truthstream Media

Olivier Clerc's book, Modern Medicine: The New World Religion, suggests at least ten ways medicine has taken the place of religion in the Western world, including:

Suddenly, your phone starts making a strange sound. You don't know what it's doing at first, until you realize it's ringing. One of your friends is calling you. On the phone. Not texting, tweeting, messaging or snapchatting. Actually calling you.

"Hey Norm! You hear about the big news? Internet's down!"

"They say it's some kind of new terror group. Cybeterrorists In Action. C.I.A. for short. Sound pretty scary."

. . . Oh, OK, I'll stop teasing. Of course this doesn't describe you or your daily routines, dear reader. I know you're the clued-in, switched-on sort who peruses The Corbett Report and avoids normie internet sites like the plague (the real plague, not this ginned-up COVID cold).

But don't scoff at the scenario. A scene like this one could play out one day for billions of Normie McNormesons around the world. And when it does, there will already be a plan in place for changing the internet as we know it.

The national economies of 193 countries, member states of the United Nations were ordered to close down on March 11, 2020. The order came from above, from Wall Street, the World Economic Forum, the billionaire foundations. And corrupt politicians throughout the world have enforced these so-called guidelines with a view to resolving a public health crisis.

Millions of people have lost their jobs, and their lifelong savings. In developing countries, poverty and despair prevail. We are told the it is V the Virus which is responsible for the wave of bankruptcies and unemployment.

The unspoken truth is that the novel coronavirus provides a pretext and justification to powerful financial interests and corrupt politicians to precipitate the entire World into a spiral of mass unemployment, bankruptcy and extreme poverty.

According to Michel Chossudovsky, politicians have presented the Virus as performing a political decision making role.

They are telling us is that the virus is the sole cause of unemployment, poverty and bankruptcies.

According to Joe Biden "Covid is …destroying millions of jobs and small businesses".

Can the president or Congress declare a nationwide mask mandate? Two Senate Democrats would like to find out.

Sens. Edward Markey of Massachusetts and Richard Blumenthal of Connecticut introduced the "Encouraging Masks for All Act of 2020" on Wednesday, according to Forbes.

The bill would make $5 billion in federal funds, directed through the Public Health and Social Services Emergency Fund, available to the states via grants contingent on their having a program that encourages the wearing of masks in all public spaces.

Patriots Call Lib Mayor's Bluff, Show up in Force and Dare Him To Follow Through with Threat

Due to the area's rising number of COVID-19 cases, San Antonio Mayor Ron Nirenberg, a political liberal who first won the officially non-partisan mayor's office in 2017, imposed a 10 p.m. to 5 a.m. curfew on city residents, which would carry a fine of $1,000 for violations.

In response, a group called "This Is Texas Freedom Force" organized a protest to defy the order.

In a Nov. 25 announcement of the event, the group wrote, "Our right to protest is protected by the Constitution! No Boston liberal mayor & his unconstitutional curfew is going to take those rights from us. We will [be] contacting our legal council Friday morning in preparation. Join us at the Alamo on Saturday at 10:30pm. Bring flags & signs."

In part 1 of this 5-part report on Covid-19, Corey's Digs detailed a necessary reality check due to the media creating a frenzy over hospitalizations, despite the fact that the 2017-2018 flu season was hit with 810,000 hospitalizations, far more than Covid, and no one heard a peep about it. There were no lockdowns, restrictions, hyperbole, or mandatory masks, and 61,000 people died that season.

Most people aren't aware that the CDC has lumped influenza together with Covid and pneumonia in death rates with a new name called "PIC." This comes after the CDC confirmed that only 6% of Covid-related death certificates indicate Covid as the only cause, while 94% list other illnesses as the cause with an average of 2.6 comorbidities. In other words, if someone was in the hospital dying of heart disease and they tested everyone for Covid to separate them to other rooms or wings, Covid was marked on their death certificate. A perfect example of this is a nurse Corey's Digs recently spoke with who had four deaths at her hospital. Two were in hospice care, one died of stage four cancer, and the other died of end stage COPD, but all four were documented as having Covid, so those deaths get added to the tallies being told to the public, who are none the wiser.

Many of unaware of a terrifying cult which emerged in North America in the early 20th century, and which went underground in academic institutions, before being quietly adopted by the plutocratic elite, and financed by Rockefeller family. It's called the Technocracy Movement, which morphed into the Trilateral Commission in 1973.

In this insightful interview, James Delingpole speaks with author Patrick Wood who warns about the clear and present threat posed by the Great Reset agenda. He talks about its origins, the threats it poses to our way of life and why it must be resisted now.

An Anti-Vaxxer's Letter To The Vaccinated

The vaccine won't be mandatory but if I can't prove my immunity status I will face continued restrictions. I may find employment impossible, my insurance refused, travel denied, any access to public services withheld and entry into some premises barred if I do not comply with my vaccine orders. Which won't be compulsory.

It seems the vaccine truly is the only way either of us can hope to escape the COVID 19 restrictions. I fully appreciate why you are eager to get your hands on one.

However, if you are going to take your vaccine in the hope of returning to the normality we both once knew, I suspect you will be disappointed. Regardless of your immunity status, the new normal is permanent. Irrespective of our vaccinations, we will both be under continued surveillance and our activities will be controlled by the state.

According to recent studies and RCTs in various countries, the antiparasitic drug ivermectin – a WHO essential medicine – is achieving a covid-19 risk reduction of up to 98% in pre-exposure prophylaxis and up to 91% in early treatment. A recent French study found a reduction in severe and fatal covid by 100% even in high-risk nursing home patients with an average age of 90.

Moreover, an analysis just published in the International Journal of Antimicrobial Agents found that African countries using ivermectin as prophylaxis against parasites report a much lower – in fact, near zero – covid incidence compared to other African and non-African countries.

'Essential' Businesses Are No Longer Safe Under State's New Lockdown, Now Even Grocery Stores Can Be Forced To Close

Grocery stores in New Mexico can now be closed along with every other type of business under a strict state edict that says any business must shut down for two weeks if there are repeated instances in which employees test positive for the coronavirus.

Researcher Stumbles Across Worrying Discovery in Nevada, Look What She Says Was Listed as a Home Address for Some Voters

"This investigation found over 13K voters whose voter registration information revealed no sex or date of birth," Morgan wrote in a two-page affidavit, according to Bedard.

Despite the inroads the country has made the last four years with regard to border security and enforcement under President Donald Trump, the thought of a Democrat in the White House has border security opponents salivating. 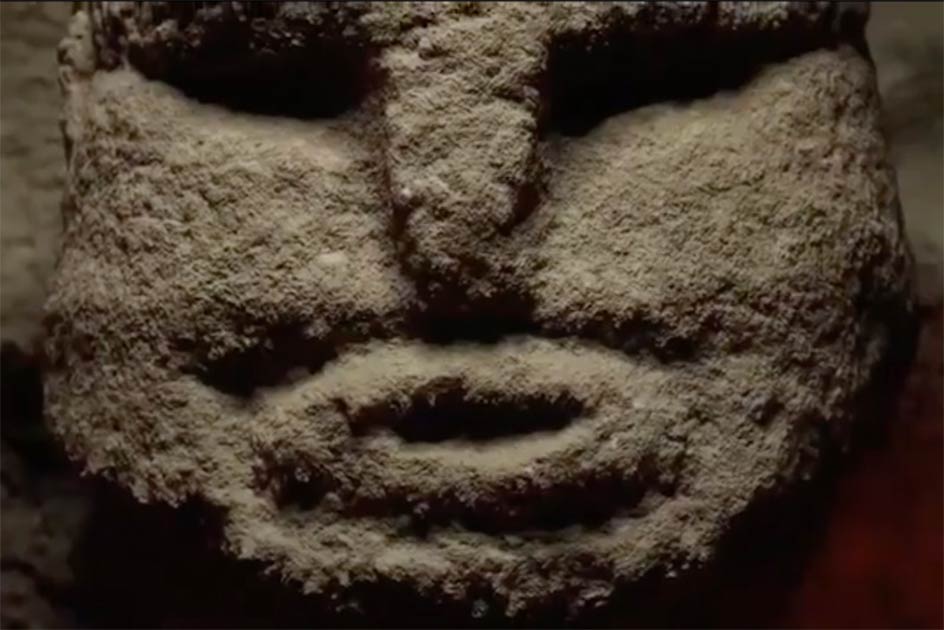 Researchers in Turkey are about to embark on an excavation at the ancient site of Karahan Tepe and they believe it's much older than Göbekli Tepe, the famous "zero point of world history." Until now, like yesterday, if you were to ask any professor of history or even a self-respecting armchair archaeologist to name the oldest monument ever discovered, they would all have said Göbekli Tepe. But now, that answer might be Karahan Tepe, and this is creating a lot of excitement in archaeological circles.

America: Freedom to Fascism is a 2006 film by the late Aaron Russo, which alleges among a variety of claims that income tax is illegal. The documentary covers many subjects, including: the Internal Revenue Service (IRS), the income tax, Federal Reserve System, national ID cards (REAL ID Act), human-implanted RFID tags (Spychips), Diebold electronic voting machines, globalization, Big Brother, taser weapons abuse, and the alleged use of terrorism by government as a means to diminish the citizens' rights.

In the film, Russo was determined to find the law that requires American citizens to pay income tax, as he set out on a journey to find the evidence. This film which is neither left, nor right-wing is a startling examination of government. It exposes the systematic erosion of civil liberties in America since 1913 when the Federal Reserve system was fraudulently created.