The following sentence sums up what the Germans experienced in Eisenhower's Rhine Meadows open-air prisoner camps. It was taken from the article, Eisenhower's Death Camps (archive copy) originally written by James Bacque, a best-selling author who died in 2019.

According to stories told to this day by other ex-prisoners of Rheinberg, tha last act of the Americans before the British took over was to bulldoze one section level while there were still men living in their holes in the ground. 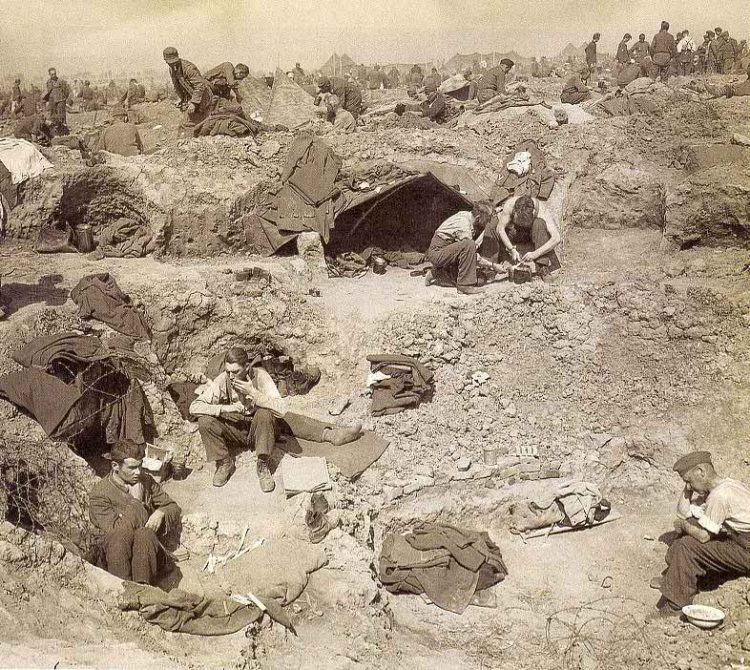 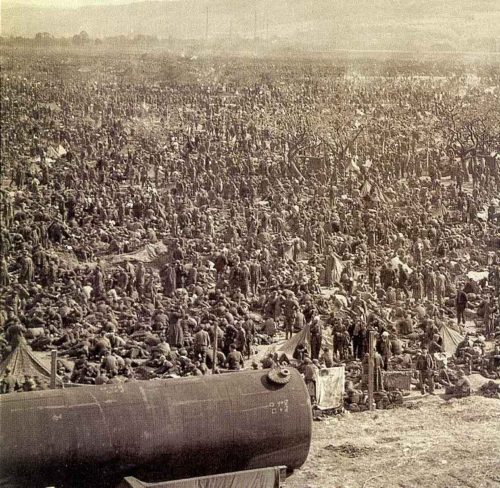 video: Other Loses - The Rape, Destruction and Genocide of 1 Million Germans in Allied Concentration Camps by James Bacque